Don’t fall for the seemingly innocent name of the seeds! Girl Scout Cookies is a hybrid strain with an indica dominant character. Its weed is famous for the strong high and flavor. Despite low yields, growers love to wait for the plants to mature due to its potency and high THC content (18 to 28%). The strain was bred by Cookie Fam in the West coast after a successful cross between Durban Poison (a strong sativa)

Based on 16 Reviews
Check Availability

and OG Kush (a staple hybrid.)

The hardest part is to get a healthy clone. Girl Scout Cookies has variations in terms of both taste and potency i.e. Thin Mint and Platinum Cookies. The most popular and potent variation is the GSC XTRM strain that has maximum THC content.

With careful consideration of growth factors like light, nutrients and pruning, the flowers will fully mature within 9 to 10 weeks when grown indoors.

Growers prefer growing GSC indoors in well-equipped greenhouses with efficient dripping systems in place to maximize yield per plant.The plant is a survivor and can handle temperature fluctuationsbetter than its fellow strains. It thrives in a dry and mild climate where temperatures lie between 68 to 80 degrees Fahrenheit.

Since Girl Scout Cookies has OG genes at its core, it will always want more of magnesium and calcium nutes!It is advised to pay close attention to the plants during its growth and flowering phase for possible signs of deficiency.

It is anindica-dominant strain and when growing indoors useSOG (sea of green) method coupled with either a hydroponic or soil setup. Keep the lower part of the canopy adequately pruned to maximize airflow through the same which in turn will keep the fine particles of mildew away from the buds.

It is a heavy hitter with a balanced smoke, ideal for mild body melt and controlled cerebral high. The high of GSC is heavy coupled withfeeling of intense euphoria.The high can further be expressed as follows:

Girl Scout Cookies XTRM Feminized strain is not only high in THC content but also in CBD potency (approx. 0.20%).Due to its strength, it has been a favorite among medical practitioners who prescribe it for easing symptoms of the following disorders:

The aroma of GSC can be described as a combination of earthy and sweet with a dash of spiciness at the lower notes when broken down by hand.The smoke is similar to the hint of mint mixed with candies when inhaled and nutmeg blended with peppers coupled with its signature earthy aftertastewhen exhaled! 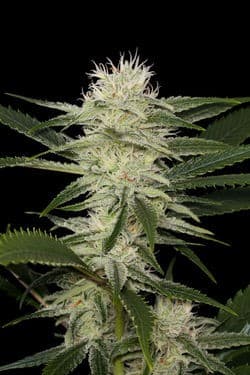